Our Favourite Areas to Move in North London

North London is one of the oldest residential areas of London and was completely rural up until Queen Victoria’s reign. It is now a highly sort after family friendly suburb while still maintaining that open countryside feel. In this short guide we take a look at our favourite areas in and around North London.

Well known for its bohemian feel Hampstead has long been home to famous painters, writers and actors. As well as stunning city views from Parliament Hill on Hampstead Heath the area also boasts plentiful green spaces, parklands and ponds perfect for families and dog friendly residents. Hampstead has some excellent schooling with a huge number of primary and secondary schools and colleges. Three London underground lines pass through Hampstead allowing for fantastic transport links for commuters into the city. Hampstead’s bustling High Street is packed with designer boutiques, cafes and restaurants as well as a number of quirky pubs.

A pretty collection of Georgian shops and restaurants form the leafy village of Highgate giving the community a distinctly rural feel and you would never know you were only 4 miles away from Charing Cross! Dotted with famous landmarks such as St. Joseph’s Church and its green copper dome Highgate Village is also home to one of the UK’s top independent schools; Highgate School. With many stunning large homes on Fitzroy Park, The Bishops Avenue and Bishopswood Road the Highgate area is a fantastic place for anyone seeking village life in the Capital.

Named the best place to live in London back in 2016 Fitzrovia’s historically bohemian feel is characterised by a mix of residential, business and retail spaces. Conveniently located near the busy West End and bustling Oxford Street Fitzrovia also benefits from nearby Regents Park and Hyde Park. Right next door to Fitzrovia is Marylebone an area in the heart of London with a distinctly community feel. Set across a grid of famous streets including Baker Street, Wimpole Street and Harley Street, Marylebone also has quiet 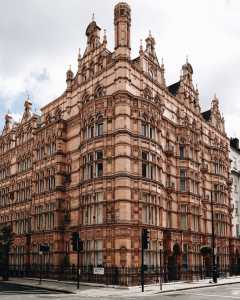 and pretty cobbled mews where residents can escape the busy city. Once home to Arthur Conan Doyle, Paul McCartney and Charles Dickens, Marylebone is full of history and is the perfect place to live if you are seeking character and charm.

Home to London Zoo, Regent’s Park comprises of over 400 acres of open parkland in the middle of Central London boasting sports pitches, numerous play parks and even an open air theatre. Along the south, east and west side of the park are elegant white stucco terraces, designed by John Nash and Decimus Burton, these are grand and beautiful examples of British townhouses which include the highly sort after addresses of Chester Terrace and Hannover Terrace. With plentiful green space on your doorstep and the bustle of neighbouring Marylebone the beautiful residential areas around Regent’s Park are the perfect place for individuals and families within walking distance of the heart of the City.

Wherever you are thinking of moving in North London Edwards Removals offer exclusive removals, packing and storage services. Call us today on 0845 430 8000 to speak to a member of our team.

I'm just writing to tell you how happy and satisfied we were with the work your guys did during our move a couple of weeks ago.  They were all extremely helpful, but I'd like to specially compliment your employees for their professionalism and their kindness. London

Just a quick email to let you know we were very happy with the move last week. Everything went well and the men were all very helpful and worked very hard. It's not easy to find people doing their job so professionally and with a big smile on their faces. London

I will definitively recommend you to my friends. And will call you when we move again - which I hope will not be too soon! London

Your crew went to great lengths to make sure things went as smoothly as possible. I was always informed and asked about their progress during their four days, making sure their decisions suited my requirements. London to Dubai

Everything was well looked after and put exactly where we wanted it. The crew were polite and helpful and I would certainly recommend Edwards in the future. London

All our items, including our antiques and artwork, were packed safely. We were very happy with the service. London

Your teams were all polite and courteous and we were very impressed with the whole service. We will happily recommend you in future London

What is usually a stressful experience was made so much easier by the efficiency and helpfulness of all your staff. Thank you London to USA

For any advice on your move ahead of the big day, simply contact our office and we’ll be delighted to help.

Whatever services you may require, Edwards understands how to provide that personal touch.